The Joy of Sunrise 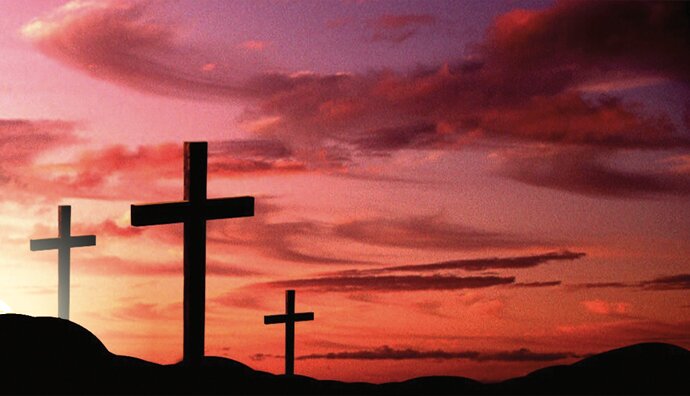 My grandfather was in his last days dying with cancer. I came to visit him in the hospital. After a three-hour visit, I called home and said I felt like I needed to spend the night with him in the hospital room. He was afraid. He felt lonely. Most of all, my G-daddy asked me to spend the night with him. His eyes told me this would be our last time together.

G-daddy was my dad’s father. He was the little old man in the hat. That’s what he had always been to me. He took me fishing. He kept cinnamon balls in a bag so they’d always be there when I came to see him. He taught me how to Bar-BQ and even told me his secret ingredient. He let me sleep in his den with all his mounted deer heads on the wall. He had the first color TV I had ever seen. He put Dr. Pepper in a coffee cup and let me have it for breakfast and told everyone it was okay because it was coffee. But he was the little old man in the hat to me. I would always love him. I especially loved him that long, horrible night.

The night lasted forever. G-daddy slept fitfully. He moaned with pain. I called for more medication. Then he was angry and combative, almost hostile with the nurses. His language was coarse and ugly. He was a man I had never seen, raging in my grandfather’s body. Finally, the medicine slowly began to take effect.

G-daddy calmed and we talked. We remembered the past. We talked about my dad, his son, who had predeceased him. He gradually slipped away in sleep. But his dreams on the medication were frightening and repeatedly startled him awake. I would comfort him and talk him back asleep. What sleep I got, was stolen while lying on two chairs, trying to sort out what was happening. Then ten or fifteen minutes later, the cycle would begin all over again. It went on all night. My heart ripped apart. I had come for a brief visit and spent the night becoming acquainted with my grandfather’s anguish as cancer stole his life away. The night lasted forever. Finally, the soft glow of morning light softened the darkness behind the curtain. As the sky lit up with the light of a new day, G-daddy calmed and found the sleep that had escaped him earlier. Relief arrived. And I began my two-hour drive home, left to contemplate a night I have not shared with anyone, till now.

I was young, immature, and still in anguish with my own father’s death. I had no emotional context in which to place the horror of the night before. I loved my granddad. I had never seen him like this. I hated it for him. I hated death and its imposing and impending certainty. I hated knowing that I would soon be the oldest of the Ware men, such a short time after we had made a four-generation picture of G-daddy (75), my dad (50), myself (25), and my son (newborn). I hated that night. There is no way to describe how important it was for me to see the first rays of sunlight.

“No matter how long, how deep, and how dark the night, sunrise does eventually come.”

As the years have passed, I have ministered to many families facing impending death. I don’t think you can ever look at it the same after it has visited your own house several times. But one thing from this horrible night has been a source of hope that has strengthened and cheered me through the dark hours of sadness. No matter how long, how deep, and how dark the night, sunrise does eventually come. No, I’m not talking about the temporary sunrise that ends a night of sadness, like I experienced with G-daddy’s night of anguish. I’m talking about a permanent sunrise.

The darkness of night descended on Jesus’ band of followers as the truth sunk into their broken hearts. Their hero had died, betrayed by one of their own number. Another had repeatedly denied him even cursing in the courtyard where he was ridiculed. And all of them had forsaken him and fled. Their darkness lasted more than one night. It was impenetrably deep. Darkness clearly ruled this night just as surely as it had called to Judas and seduced him into betrayal. The nightmares that stirred them awake and haunted their waking hours was no dream — it was real and horrifying and life shattering. But even with the door tightly shut and fear running rampant in their hearts, the dull rays of sunrise penetrated their darkness. Too wonderful to believe at first, they had to know for themselves. But it was true! Sunrise, or better yet, Son-rise, had dawned. The world was forever changed. And these fearful few became the torch-lights of salvation.

So when G-daddy’s agony ended a few days after my visit, I was able to let the horrors of the night slide into the dark closet of memory. Instead, I chose to remember the soft glow of morning light as it softened the darkness behind the curtain and gave the promise a better day — a day without cancer, a day without pain, a day without darkness, a day without death.

Copyright © 1996-2000, Heartlight, Inc., 8332 Mesa Drive, Austin, TX 78759. May be reprinted and reused for non-commercial purposes only if copyright credits are appropriately displayed. HEARTLIGHT is a registered service mark of Heartlight, Inc.
Posted by JEC on 08/30/2013 Articles Joy of Sunrise No Responses »