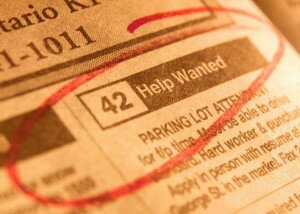 I take it that men and women were made for business, for activity, for employment. Activity is the life of us all. To do and to bear is the duty of life. We know that employment makes the man in a very great measure. A man with no employment, nothing to do, is scarcely a man. The secret of making men is to put them to work, and keep them at it. It is not study, not instruction, not careful moral training, not good parents, not good society that makes men. These are means: but back of these lies the grand molding influence of men’s life. It is employment.

A man’s business does more to make him than every thing else. It hardens his muscles, strengthens his body, quickens his blood, sharpens his mind, corrects his judgment, wakes up his inventive genius, puts his wits to work, starts him on the race of life, arouses ambition, makes him feel that he is a man and must fill a man’s shoes, do a man’s work, bear a man’s part in life, and show himself a man in that part. No man feels himself a man who is not doing a man’s business. A man without employment is not a man. He does not prove by his works that he is a man. He cannot act a man’s part. A hundred and fifty pounds of bone and muscle is not a man. A good cranium full of brains is not a man. The bone and muscle and brain know how to act a man’s part, do a man’s work, think a man’s thoughts, mark out a man’s path, and bear a man’s weight of character and duty before they constitute man. A man is body and soul in action. A statue, if well dressed, may appear to be a man; so may a human being. But to be a man, and appear to be, are two very different things. Human beings grow, men are made.

Men are not born; they are made.

The being that grows to the stature of a man is not a man till he is made one. The grand instrumentality of man making is employment. The world has long since learned that men cannot be made without employment. Hence it sets its boys to work; gives them trades, callings, professions; puts the instruments of man-making into their hands and tells them to work out their manhood. And the most of them do it somehow, not always very well. The men who fail to make themselves a respectable manhood are the boys who are put to no business, the young men who have nothing to do; the male beings that have no employment. We have them about us: walking nuisances: pestilential gasbags; fetid air-bubbles, who burst and are gone.

Our men of wealth and character, of worth and power, have been early bound to some useful employment. Many of them were unfortunate orphan boys, whom want compelled to work for bread — the children of penury and lowly birth. In their early boyhood they buckled on the armor of labor, took upon their little shoulders heavy burdens, assumed responsibilities, met fierce circumstances, contended with sharp opposition, chose the ruggedest paths of employment because they yielded the best remuneration, and braved the storms of toil till they won great victories for themselves and stood before the world in the beauty and majesty of noble manhood. This is the way men are made. There is no other way. Their powers are developed in the field of employment.

Men are not born; they are made. Genius, worth, power of mind are more made than born. Genius born may grovel in the dust: genius made will mount to the skies. Our great and good men who stand along the paths of history bright and shining lights are witnesses of these truths. They stand there as everlasting pleaders for employment.