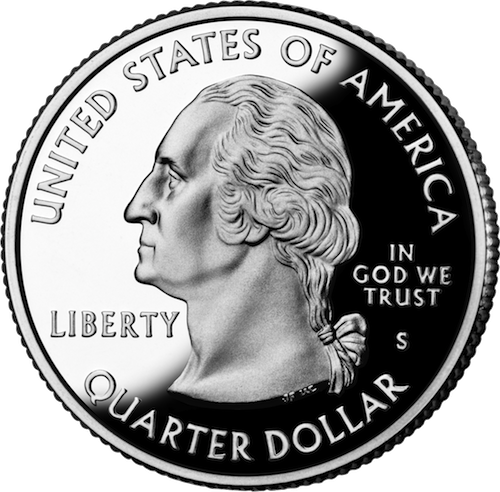 This image depicts a unit of currency issued by the United States of America. If this is an image of paper currency or a coin not listed here, it is solely a work of the United States government, is ineligible for copyright, and is therefore in the public domain.
Fraudulent use of this image is punishable under applicable counterfeiting laws.

As listed by the United States Secret Service at money illustrations, the Counterfeit Detection Act of 1992, Public Law 102-550, in Section 411 of Title 31 of the Code of Federal Regulations (31 CFR 411), permits color illustrations of U.S. currency provided:

Certain coins contain copyrights licensed to the U.S. Mint and owned by third parties or assigned to and owned by the U.S. Mint [1]. For the United States Mint circulating coin design use policy, see [2]; for the policy on the 50 State Quarters, see [3].
Also: COM:ART#Photograph of an old coin found on the Internet